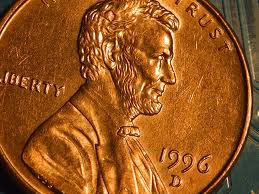 I had a fascinating “debate” of sorts with some of my Twitter colleagues two weeks ago. We were discussing the recent article, Freakonomics Goes to School and Teaches Us the Right Way to Bribe Kids, that appeared in The Atlantic Monthly on June 19. Wow! Having a debate where each comment is limited to 140 characters is challenging, to say the least! The best part of the conversation was that we all have the same goal…what’s in the best interest of kids…and we all were able to be respectful toward each other.

Now, I kind of think that article title is just red meat, but having been blogging for a while now, I can appreciate a provocative title that generates traffic.  And this one sure did. The article described some recent work conducted by Steven D. Levitt (of Freakonomics fame), John A. List, Susanne Neckermann, and Sally Sadoff.  They conducted a study in which kids earned money for their performance on standardized tests. That’s not the interesting part, though. What was interesting is that the kids’ performance improvements were affected by the timing of the money delivery and the amount (or magnitude) of the money given.  Suffice it to say that this set off a maelstrom of activity, primarily debating whether or not the use of rewards/reinforcers/bribes (pick your term) in the classroom is “right” or “wrong.” To me, it’s unfortunate that the discussion went in that direction, because it completely missed the point of the research and the potential value therein. But I could have predicted it based on such a virulent title.

That said, all of this led to the Twitter discussion with my tweeting buddies about intrinsic and extrinsic, which led into a discussion about the Skinnerian (or behavioral/behavior analytic) approach to using reinforcers to change behavior.  I’ve been working on this blog post ever since…want to make sure I get it right!

I learned some interesting things from that discussion. One was that there are still a lot of misconceptions out there about what behavior analysts believe and practice. Another is that some people think that B.F. Skinner‘s practices are now obsolete.  In the words of one of my colleagues, “We now know better.” And finally, it seems that there is a general belief among those who strive for “intrinsic motivation” that behavior analysts advocate ongoing and perhaps even exclusive use of “extrinsic motivation” and don’t believe in “intrinsic motivation.”

I’m going to pretend that you all have said “Yes, that sounds good to me!”

So now I’m going to let you in on a little secret. Behavior Analysts don’t generally think of events in a bimodal distribution like “intrinsic” vs. “extrinsic.”  I had to really spend a lot of time thinking about the stuff I’m going to say next.  I might not even get it right the first time, but that’s the beauty of blogs…we can hash it out in the discussion or I can even write another post.  But here it goes…

As Behavior Analysts, we focus on what’s functional.  What’s the problem we’re trying to solve? Most likely, we’re trying to change behavior in some capacity. What is the consequence that will get a behavior established and what is the consequence that is most likely to maintain that behavior over the long term?  The ultimate goal is to achieve maintenance, and a “natural” consequence is best.  A natural consequence is one that occurs automatically when a behavior is performed.  For example, when I make a phone call, I get to talk to my friend (natural consequence of placing the call).  When I open the door to go outside, I get to play with my friends in the pool.  When I read a book, I get to find out what happens next in the story.  When I master one level of Angry Birds, the next level get unlocked and I can keep playing.

Natural consequences are great.  In some cases, we can even use natural consequences to teach new skills.  If we’re teaching a skill like making a phone call or opening a door, we could use a backward chaining procedure, and once the learner completes the required step(s), he or she would talk to a friend on the phone or get to join friends outside.  Sounds simple enough, right?  And it’s the fastest and most sustainable approach.  We can use the same natural consequence to teach the skill that will ultimately maintain the skill in the real world.

But sometimes the skill we’re trying to teach is too complex for that.  Take reading as an example.  The natural consequence for reading a novel is to find out what happens (the possibility of needing to write a book report notwithstanding!).  But there is no backward chaining procedure for reading.  Reading is a composite skill made up of many, many component skills, whose instruction is order-dependent.  For example, decoding must be taught before comprehension.  I can’t comprehend text if I can’t decode the words in the passage.  And there is no “natural” consequence for “decoding behavior” when it’s first being taught.  As the student gets better at decoding, “getting it right” can be a natural consequence, but in those initial stages students need feedback and perhaps a sticker, perhaps some praise, to keep them moving in the right direction.  And that’s okay.  Once we get to the point where they have contacted the natural consequence, getting it right, we don’t need stickers, praise, etc., and they should be faded out.  No one is advocating going around and continuing to praise, give stickers, etc., once the skill has been established.  That would just be annoying, not reinforcing!

Whew.  That was a lot.  So I’ve tried to explain the Behavior Analytic perspective to using consequences and teaching.  Now let me see if I can summarize my objections to the Intrinsic vs. Extrinsic debate:

1. The debate oversimplifies the reality of teaching new skills, particularly complex ones.  Most situations need a combination of “arranged” and “natural” consequences.  The art (and science) is in moving from one to the other.

2. Just because there are people out there who use “arranged” consequences (i.e., “extrinsic motivation”) badly, that doesn’t mean we should throw the baby out with the bath water.  I was once at a school where the teacher was teaching a kid to open the door by giving him a token each time he did it correctly.  Predictably, the kid got up, opened the door, left it ajar and returned to his desk to get his token.  Ridiculous??  Of course!!!!  And I’m the first one to say so.  But that doesn’t mean that arranged consequences are “bad” and shouldn’t be used when necessary.  It just means that some people don’t know what they’re doing!  And what field doesn’t have some of that??

3.  Not being “intrinsically motivated” to do something can mask a skill deficit.  In general, most of us prefer to do things that we’re good at.  (This, of course, begs the question of why I continue to play golf, but that’s another story.)  The point is, there are some things kids aren’t going to like to do until they have strengthened their skills in that area.  Put another way, a learner may not have the skills necessary to access the natural consequence and you might need to bridge the gap with arranged consequences to build those skills.  So just be aware of that and dig deeper when a kid doesn’t like doing something.

I’m not sure if that’s all I have to say or if I’m just tuckered out from trying to figure out a way to explain where I’m coming from.  But hopefully you guys will tell me what you think.  At the end of the day, I do think “intrinsic vs. extrinsic” is a false dichotomy.  I think it would be more productive to think of consequences falling along a continuum.  We need to jump onto that continuum at whatever point is appropriate for the immediate problem we’re trying to solve and move toward the natural consequences as the goal.